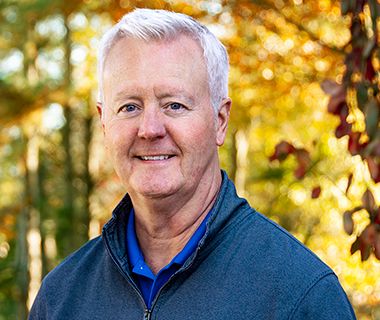 Richard “Rick” Polley manages a diverse portfolio of office, retail, industrial and medical assets. Rick’s 35 year career in commercial real estate has been practiced in both public and private companies and has included a diversity of property types. His first 19 years in the industry were spent in the REIT world managing and leasing large institutional shopping malls and mixed use assets in 6 different markets along the east coast from Massachusetts south to North Carolina. Rick worked for Urban Retail Properties Co, The Rouse Company and General Growth during this time. As a Senior Vice President and Group Manager, Rick oversaw multiple malls and mixed use assets for clients that included JMB Realty, Met Life, JP Morgan Real Estate Investments and First Chicago Bank.

Rick then relocated to Durham, North Carolina in 2001 to open and manage The Streets at Southpoint and after great success was hired away by Kane Realty Corporation as Director of Asset Management. At Kane, Rick oversaw the entire operating portfolio of the company to include the flagship North Hills, a highly successful mixed use environment. Rick subsequently joined BB&T Corporation, a large banking institution harboring over 20 different lines of business, heading up all lease administration and tenant income throughout the enterprise. He and his team had responsibility for 2900 locations, both owned and leased, in 35 states and Canada. Rick was once again presented a great opportunity when asked to become the General Manager of the nationally acclaimed American Tobacco Campus in Durham. A combination of re-purposed historical factory buildings as well as traditional Class A office buildings, The American Tobacco campus encompasses 1.2MM square feet of Class A office product, 12 restaurants, 85 residential units, an Aloft Hotel and 3 parking structures. In addition, Rick and his team had all facility management responsibility for the adjacent Durham Bulls Athletic Park, the #1 ranked triple A baseball stadium in the country.

What is the best gift you have ever given or received?
My daughters